Apply big data to spark happiness around the world.

AGOOP Corp. was found in 2009 as a spinoff from SoftBank Corp., to develop and provide GIS services and data analytics solutions. We started our business by aggregating “high-resolution statistical population data”, generated from population census, public transportation, and real estate data.

In 2012, we made one of the world’s first large-scale success in business application of big data, by applying GPS & sensor data collected from smartphones, to the world of Radio-Network Planning and Optimization (RNPO). Using our patented technology, we collected billions of end-users’ mobile network experience data from the users’ smartphones, analyzed them on the cloud and provided the results to SoftBank Corp, which helped them achieve “No. 1 network connectivity in Japan” while spending the lowest CAPEX among their competitors.

In 2014, we started analyzing human behaviors from smartphone GPS & sensor data, which lead to the inception of our current “dynamic population data”. The idea behind is that most economic activities and business decisions are based on the macro-behaviors of the market’s population; thus, big data on population behavior will be useful for many industries for the coming age of AI/ML.

In 2018, we released “Kompreno”, which is a dashboard service that can analyze & visualize billions of GPS data points in real-time. And in 2019, “Papilio”, which is another dashboard for people who want to dig deeper into the data for finer insights.

In 2020, we launched “Shop Studio”, which is a service that utilizes AI/ML to assist your commercial store portfolio management. It predicts optimum store locations as well as expected revenue, thereby helping you to decide where to open new stores and which ones to close.

The company name “Agoop” stands for “Anytime, Anywhere, Anyone GIS of Object-Oriented Planner”, which entails our core vision of making valuable insights from big data widely available to the society. 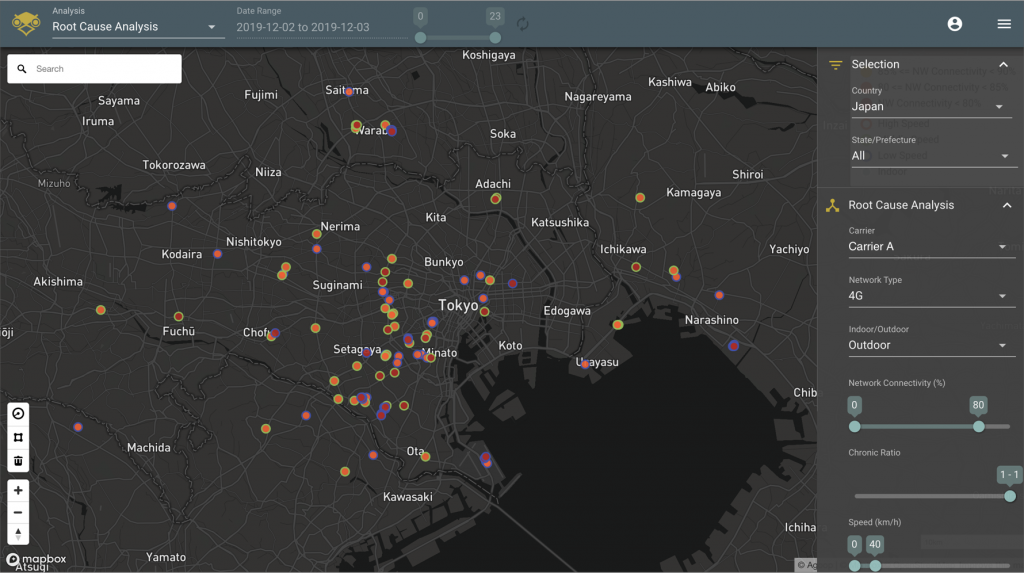